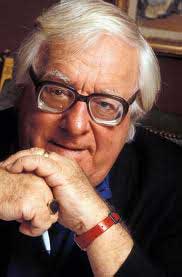 In memory of the late Bradbury, one of the writers, alongside Isaac Asimov, Arthur C. Clarke, and Robert A. Heinlein,  most responsible for bringing modern science fiction into the literary mainstream.  He disdained formal education and went so far as to attribute his success as a writer to his never having gone to college.  His advice to would-be writers:   read!   Although he is credited with writing 27 novels and over 600 short stories as well as plays and TV and film scripts, the following focuses on his most familiar work

3. The sinister tattooed man in Something Wicked This Way Comes is named . . .
Mr Dark

4. On the Earthlings’ fourth exploratory expedition to Mars, they learn that the Martians have all but perished due to . . .
chickenpox / plague

5. Bradbury’s first big success came in 1947 with the short story “Homecoming,” which was plucked from a pile of unsolicited manuscripts at Mademoiselle by a young editor named . . .
Truman Capote


6. Which TWO of the following apply to the native Martians in The Martian Chronicles? .They. . .

a. had telepathic abilities
b. could shape-shift their bodies

7. The Martian word for Earth, which appears in “Dark They Were, and Golden-Eyed,” is...
.Iroot 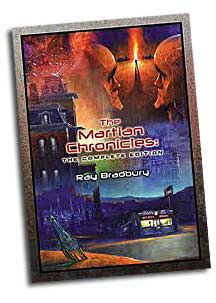 8. At times science fiction purists complained about Bradbury’s cavalier attitude toward scientific facts; for example, on his Mars . . .
e. all of the above

9. Which actor did NOT portray a Bradbury character in film or TV?

10. The story about two children, a brother and sister, who sat in what today would be called a virtual reality room. With their minds they could conjure up any environment they chose, and what they chose, day after day, month after month, was (which includes the name of the story) . . .
the blazing sun of the African veldt

11. A Tarot Witch wax figure, a Time Machine, and a Happiness Machine all figure into this novel about a 12-year-old boy who one summer comes to the full realization that he is alive, accompanied by a sense of mortality . . .
Dandelion Wine

12. Bradbury often claimed that his most famous novel was not about censorship, but rather about how television destroys interest in reading literature, which leads to a perception of knowledge as being composed of..... factoids, partial information devoid of context.

13. Although some sources claim John Houston was a co-writer on this screenplay, Bradbury was actually the sole scriptwriter for which of Houston's films? 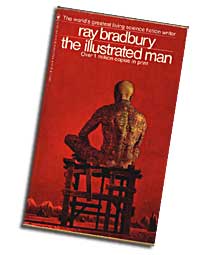 14. In his short story “The Pedestrian,” a robotic police car stops Mr. Mead on an evening walk and decides to take him to the Psychiatric Center for Research on Regressive Tendencies because he . . .. was not home watching TV

15. Which of the following did Bradbury predict?


This quiz, and the answers, may not be archived, reproduced or distributed further without the author's express permission. Please see our conditions of use.